Samuel Blythe Price was an American jazz, boogie-woogie and jump blues pianist and bandleader. Price's is a less percussive pianist; his playing is dark, mellow, and relaxed, and he is a specialist at creating the appropriate mood and swing for blues and rhythm and blues recordings.
Price was born in Honey Grove, Texas, United States. During his early career, he was a singer and dancer[5] in local venues in the Dallas area. Price lived and played jazz in Kansas City, Chicago and Detroit. In 1938 he was hired by Decca Records as a session sideman on piano, assisting singers such as Trixie Smith and Sister Rosetta Tharpe.

Price was most noteworthy for his work on Decca Records with his own band, known as the Texas Bluesicians, that included fellow musicians Don Stovall and Emmett Berry. He was the accompanist on countless recording sessions for the Decca blues, race, and rhythm-and-blues catalogs, and featuring such singers as Trixie Smith (Trixie Blues), Blue Lu Barker (Georgia Grind), and Cousin Joe (Box Car Shorty). Price recorded under his own name, with gospel singers (Rosetta Tharpe, Evelyn Knight) and with Lester Young, toured Europe with Jimmy Rushing, appeared at numerous jazz festivals, and performed in a Broadway play starring Tallulah Bankhead (Clash By Night). Price also had a decade-long partnership with Henry "Red" Allen. 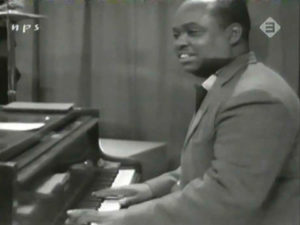