William Ezell, was an American blues, jazz, ragtime and boogie-woogie pianist and occasional singer, who was also billed as Will Ezell. He regularly contributed to recordings made by Paramount Records in the late 1920s and early 1930s. Ezell was noted by the music journalist Bruce Eder as "a technically brilliant pianist, showing the strong influence of jazz as well as blues in his work".

Ezell's "Pitchin' Boogie" and Cow Cow Davenport's "Cow Cow Blues" were amongst the earliest boogie-woogie recordings. However, Pinetop Smith's "Pinetop's Boogie Woogie" was the first to use the phrase in the title of a song.

Two of Ezell's more notable solo recordings, "Heifer Dust" and "Barrel House Woman" (both 1929), have been noted for containing "elements of both blues and barrelhouse boogie-woogie in their form". 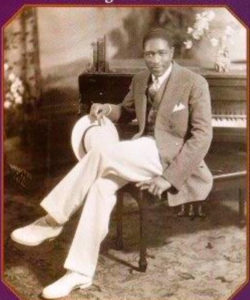