Williams was born in Plaquemine, Louisiana, ran away from home at age 12 to join Billy Kersands' Traveling Minstrel Show, then moved to New Orleans. At first, Williams worked shining shoes and doing odd jobs, but soon became known as a singer and master of ceremonies. By the early 1910s, he was a well-regarded local entertainer also playing piano, and was composing new tunes by 1913. Williams was a good businessman and worked arranging and managing entertainment at the local African-American vaudeville theater as well as at various saloons and dance halls around Rampart Street, and at clubs and houses in Storyville.

Williams started a music publishing business with violinist/bandleader Armand J. Piron in 1915, which by the 1920s was the leading African-American owned music publisher in the country. He toured briefly with W. C. Handy, set up a publishing office in Chicago, then settled in New York in the early 1920s. In 1921, he married blues singer and stage actress Eva Taylor, with whom he would frequently perform.

He was one of the primary pianists on scores of blues records recorded in New York during the 1920s. He supervised African-American recordings (the 8000 race series) for the New York offices of Okeh phonograph company in the 1920s in the Gaiety Theatre office building in Times Square. He recruited many of the artists who performed on that label. He also recorded extensively, leading studio bands frequently for OKeh, Columbia and occasionally other record labels.

He mostly used "Clarence Williams' Jazz Kings" for his hot band sides and "Clarence Williams' Washboard Five" for his washboard sides. He also produced and participated in early recordings by Louis Armstrong, Sidney Bechet, Bessie Smith, Virginia Liston, Irene Scruggs, his niece Katherine Henderson, and many others. Two of his 1924 recording bands, "The Red Onion Jazz Babies" and "Clarence Williams' Blue Five" featured cornetist Armstrong and soprano saxophonist Bechet, two of the most important early jazz soloists, in their only recordings together before the 1940s. The rivalry between Armstrong and Bechet, who tried to outdo each other with successive solo breaks, is exemplified in "Cake Walkin' Babies from Home", the most celebrated of these performances, which survives in versions recorded by both bands. King Oliver played cornet on a number of Williams's late 1920s recordings. He was the recording director for the short-lived QRS Records label in 1928.
Most of his recordings were songs from his publishing house, which explains why he recorded tunes like "Baby Won't You Please Come Home", "Close Fit Blues" and "Papa De-Da-Da" numerous times.[8] Among his own compositions was "Shout, Sister, Shout" (1929), which was recorded by him, and also covered by the Boswell Sisters, in 1931.

In 1933, he signed to the Vocalion label and recorded quite a number of popular recordings, mostly featuring washboard percussion, through 1935 (and a session in 1938). He also recorded for Bluebird in 1937, and again in 1941.

In 1943, Williams sold his extensive back-catalogue of tunes to Decca Records for $50,000 and retired, but then bought a bargain used-goods store. Williams died in Queens, New York City, in 1965, and was interred in Saint Charles Cemetery in Farmingdale on Long Island. On her death in 1977, his wife, Eva Taylor, was interred next to him. 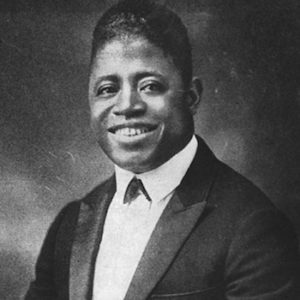